Wednesdays On The Avenue 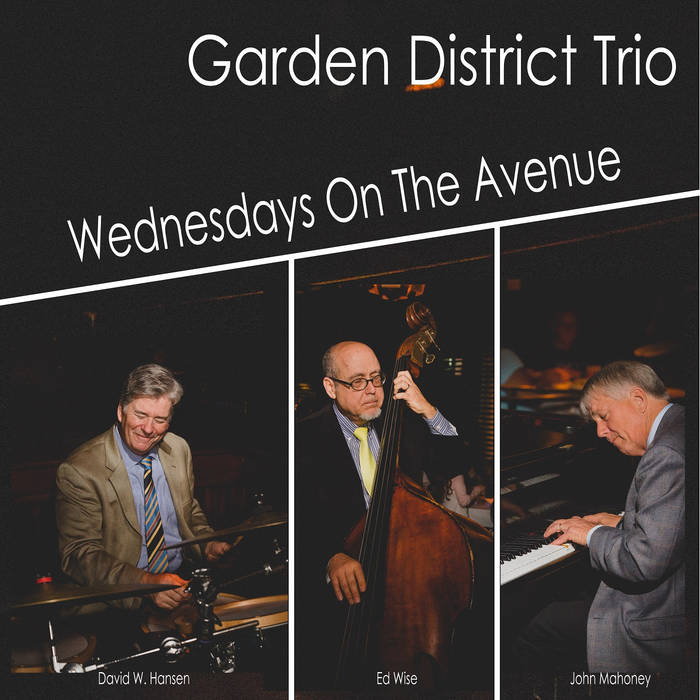 “East Coast” and “West Coast” … have been established jazz styles for decades. Many of the practitioners of these styles have congregated in musical “hubs” after years of learning, studying and fine tuning their sound, style and craft from and with dedicated music educators. These educators assist in shaping the future direction of inspired young musicians. After recent trips to both New York and Los Angeles, Hansen realized how blessed we are in New Orleans. We combine the best of all jazz styles plus we have a sound and feel that is not so prevalent anywhere else.

On this album, Hansen features a major New Orleans educator who has taught, guided and influenced more professional musicians than we can even begin to count. His students are now out in the public, performing, composing and further educating themselves. John Mahoney, Professor Emeritus of Loyola University in New Orleans shaped a program and the countless lives of first-rate music professionals over a thirty-six-year tenure at this fine campus in New Orleans. John’s first instrument is trombone and his musical skills on the piano barely scratch the surface of his depth and knowledge of jazz, its education, its composition and its pedagogy. He is truly a guiding light in the modern New Orleans jazz sound. As the pianist on this recording, listeners will enjoy the musical journey John takes them on with his harmonization on jazz and Latin classics. As Hansen says, John’s spontaneous and creative “arrangements in his mind” shine through on every song performed.

A premier bassist performing and teaching in New Orleans, Ed Wise returned to New Orleans in 2013, following an 8 ½ year post-Katrina hiatus to Philadelphia, when a vacancy opened on bass with Hansen’s Garden District Trio. The two first met at the University of North Texas (formerly North Texas State University) in the mid-1980’s where Hansen earned a Bachelor of Music in Jazz Studies degree while Wise finished up a Master of Music degree, also in Jazz Studies. Wise is presently a professor of music at Loyola University and, in addition to performing with Hansen’s Garden District Trio, freelances with many of the top performers in New Orleans.

For nearly twelve years, Hansen has featured the best jazz pianists and bassists in New Orleans with his Garden District Trio seven nights a week at Houston’s Restaurant on St. Charles Avenue. The line-up of talented musicians featured by Hansen showcase an incredibly high level of jazz performance nightly. From Hansen’s personal selections and the musicians’ repertoire, they provide fresh interpretations of songs from the Great American Songbook, jazz compositions and Latin jazz tunes, spanning the entire history of jazz. Hansen enjoys being a performer on drum set, band-leader, jazz lecturer, contractor and music agent. New Orleans has a long-standing reputation of providing amazing bands led by drummers going back to the beginnings of jazz. Being involved, understanding the history, nuances and playing a part in this music known as jazz is truly beautiful.