Back In New Orleans 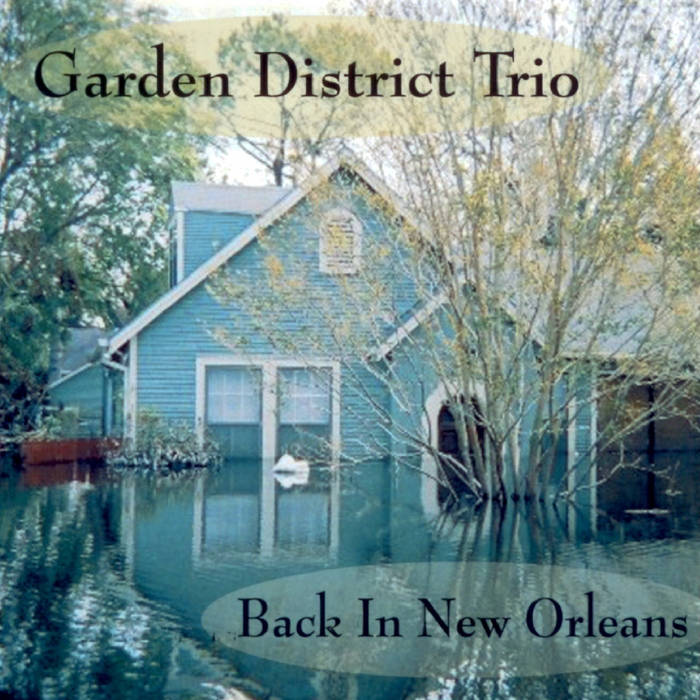 The David Hansen Quartet was formed in 1993-94 and grew and shrunk as
needed for various events. By 1996 a full big band had evolved and
became the New Orleans Garden District Orchestra - www.nogdo.com
From the trio to Big Band we are also known as the Garden District Band.

In August, 2005 following Hurricane Katrina our home like so many was
devastated by nine feet of water. My family and I were stranded on the island
of relatives. We bounced from Lafayette to Destrehan to Metairie and then after
more than one year we were finally back in New Orleans - our home. We are
forever grateful to our relatives and friends who checked on us, took us in and
provided the love and support we desperately needed. My parents and their
friends drove a motor home from Abbotsford, B.C., Canada full of clothing, toys
and bicycles donated by the community. Friends from college and friends whom
I lost contact with years and years ago found us to offer their help and support.
The heartfelt stories could fill an entire book - Thank you.

We’re back but things really ain’t what they used to be! We live in a world of
change but following the magnitude of our devastation I am in awe and
impressed by what I see taking place in New Orleans. The tourist areas and
restaurants (French Quarter, CBD, Garden District/Uptown) are all back up and
running like nothing happened. The immense flooded residential areas were hardest
hit but are coming back at a steady pace. New Orleans is a city of life and the
heart and soul is beating very strongly.

After Katrina the musical faucet of New Orleans was shut off and capped.
Slowly “gigs” began to trickle in from local businesses, out of town events and
international performances. The musicians are returning and now there is music
all over the city again. Thanks to all of you who have helped the music continue.
Six months after the storm when renovations were completed and staff was secured the
Gulfstream Restaurant on St. Charles brought us in. It has been a haven for us and the
many musicians who perform. Thank you.

Tom Hook and Chris Sharkey bring so much talent to this recording and I hope you have
as much fun listening as we have performing these “classic standards.”